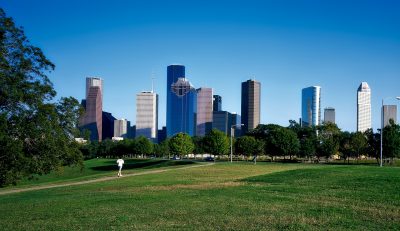 Houston is the largest city in the Southern US and the most populous city in Texas. It has the third tallest skyline in North America, and also boasts a seven-mile system of tunnels and sky walks, linking downtown building containing shops and restaurants, enabling pedestrians to avoid traffic and inclement weather. Houston is one of few United States cities with professional, resident companies in all major performing arts disciplines: opera, ballet, music and theater. It has the most total area of parks and green space of the 10 most populous U.S. cities, and is home to 337 parks including Hermann Park, which houses the Houston Zoo and Houston Museum of Natural Science.